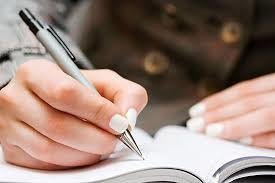 It all started on a dull, bland morning when I woke up late because my alarm clock had not rung. Shit! Forgot to put cells in it again. I was in a bad mood even before the day had started. I realized for a second that my wife had still not come from her mother’s house from last night where she had gone after severe insistence. I quickly pushed the thought out of my head and started to make my coffee. While adding the cream into it, I received a phone call. I hurriedly went to pick it up. I put it on my ear and heard a raspy voice on the other end,”Meester Paul speaking?”

I replied with my brave voice,” Yes, and who you might be”?

He chuckled evilly and answered,” I am your worst nightmare meester Paul, long story short, We have your wife, 5 grand or she dead”

I replied, all my brave voice vanishing, fear clawing at my heart,” But where, why, who are you, why are you doing thi-“

The one who called himself my worst nightmare cut my voice and said”11’oclock, Old Town Road” and cut the line, Peep.

The phone unconsciously dropped from my hand, and I fell to the floor, the beads of perspiration and salty tears started falling to the ground and were making a puddle around me. I felt as if an invisible arm was twisting my intestines and holding them in that place. I could not comprehend how my other half had been snatched away from me by the claws of evil. I took up the courage, wiped my tears, and ordered myself that it was not the time for mourning and crying but was for getting ready as it was already 10 o'clock.

I strapped the gun around my waist and put what they wanted in a chest and called my friend hastily, ”I need reinforcement, Yeah, do don’t act before I say, we are connected”. And I put the phone down. I hurriedly put a special device which enabled me to talk to my special friend. I jumped into my black cloak, hid the chest in it, found a taxi, and asked him to take me to the Old Town Road.

I stepped outside the taxi at exactly 10:50. Having travelled 10 miles anxiously and full of anxiety, I felt as if my stomach was turning inside out, I wished I had drunk that cup of coffee at least. Having reluctantly agreed to meet them at 11:00’o clock precisely, in this deserted part of town, I scanned every moving shadow. I was afraid I would miss them or they would not turn up. My gaze wandered towards the edge of a building where 3 people with black bowler hats and khaki-colored coats with a hooded figure in front of them. I could hear my wife squirming, trying to scream from inside her taped mouth. I thanked my lucky stars that she was alive and the number of people with her was less. I whispered quietly, “Get ready boys”, and received a message assurance in my ear.

I quickly strolled towards them and asked for my wife. I saw the dreadful face of the raspy voice man. It was scarred from places and a heavy handlebar mustache was present on his face. A cigar dangling from his lips, the reason of his raspy voice. He said ,“Take your wife from one hand and give me what I want from one hand”. I pulled the chest out of my cloak

and gave it to him while receiving my wife from the other. Before they had a chance to open the chest and see what was inside, I yelled, “REINFORCEMENTS!” 5 people from  my back grabbed the triumvirate.  Those baffled what on earth had happened!

I contentedly pulled the bag off the face of my wife. I couldn’t help wonder what we’ve been through and I explained all the things to her. I explained how I had put stones inside the chest instead of what they wanted, and how I had called my special forces friend whom I had met during my stint in the army, and how I had told him to come with reinforcements, and how my earpiece was actually a device through which I could talk to him.

I was in the middle of explaining how I had come here through taxi when from the corner of my eye, I saw the raspy man voice grab a gun from the youngest of the officers and pointing it towards my wife. I did not take a moment to act and jumped in front of her as he pulled the trigger. I felt a piece of my gut disappearing when I fell down; blood was running like river from the wound. I looked towards it, pushed my hand on it, and wondered why the hell I couldn’t feel the pain. I looked at my wife, she whispered, inches from my mouth, ”Thank you for saving me Paul.” I smiled with the last burst power I had and said, “It’s in the job description”. Then, an extreme feeling of pain washed over me, I missed a beat and the world suddenly collapsed around me.

I woke up with sensors and beepers all over my body. I was laying on a white bed with white spreadsheets, the walls around me were green. A motherly looking nurse was hovering above me. I realized I was in a hospital. My wife came in, looking as beautiful as ever with her long brown hair open. I motioned her to come towards me, and asked, “How long has it been?”

She replied, “It’s been 3 days since you are unconscious Paul. They were the most dreadful 3 days without you”. I couldn’t believe that it had been 3 days, it felt as if it was the last minute that it had all happened. The nurse left and we were all alone now.

“Just don’t ever again force me to let you go to your mother’s house” I said. She laughed and her pretty smile made all my pain go away. She bent forward and kissed me. With all that pain and weariness of the events of the previous days, I couldn’t help  feeling more happy and fortunate.

Note: I have taken the road name from the song "Old Town Road" By  Lil Nas X Ft. Billy Ray Cyrus. And believe me, I got the general idea of writing this story while listening to it. :)