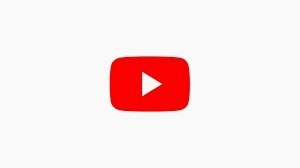 The most expensive house in the world.

The richest man in India and chairperson of Reliance Industries, Mukesh Ambani's new residence is estimated to be the world's second most expensive after the Buckingham Palace.

The mansion, named Antilia, is the absolute pinnacle in luxury and extravagance - and we have all the blindingly decadent details for you. The house is named Antilia and is worth $2 billion .The 4,00,000 sq. ft. building is located on Altamount Road in South Mumbai- one of the most expensive addresses in the world. Yes, we are talking about a street where real estate has a going rate of about ₹80,000 per square foot. They moved into it in 2012 and are still living there at 27-stories, 173 metres (570 feet) tall, and 400,000 square feet, and with amenities such as three helipads, a 168-car garage, a ballroom, 80-seat theatre, terrace gardens, spa, and a temple, the skyscraper-mansion is one of world's largest and most elaborate private homes.

Every floor is the same height as an average 2 storeyed building. So Antilia actually has around 60 floors. The Antilia is a 27-storey building (designed to survive an 8-Richter scale earthquake, by the way) with ceilings so high that a building this tall with regular ceilings would have had anything between 40 and 60 floors. This five-person family sure has some high demands. Get it? HIGH demands. It reportedly takes a staff of 600 to maintain the world’s most expensive home. With an entourage room where security/bodyguards and other assistants can relax.

The staff include domestic servants, security personnel, mechanics, aviation engineers, personal fitness trainers, gardeners, bartenders etc. The staff are all highly skilled and trained by experts. The waiters and waitresses have been trained by the luxury Oberoi hotel chain.

The cars get extra love with 6 (S-I-X) whole floors for 'em. Mukesh Ambani has devoted six whole floors to his beloved cars, including his ₹5 crore Maybach. Apart from the garage that can house 168 cars, he even has his own car service station on floor seven. What Indian household is complete without a car service station, guys? And here I was, bragging to my neighbours about my new garage which can hold 2 cars. It kind of makes me laugh (chuckle).

Mukesh Ambani’s wife Nita Ambani said that the home was made right at the top to get maximum sunlight and a great view of the sea from the rooms. It has been designed as an elevated house on top of a garden. The design, as per Mrs. Ambani, is based on the lotus and the sun, and do expert Indian artisans craft all decorated using rare wood, marble, pearl and crystal.

There are three swimming pools and yoga studio in Antilia and also an ice room to escape the Mumbai heat which stimulates the effects of winter. The house also contains mini theatres, three balconies, ballroom, a spa, terrace gardens and huge floor to ceiling windows, which gives a stunning view of the Arabian sea. Crystal chandeliers take up most of the ceiling in the ballroom.

The mini theatres in Antilia can seat up-to 50 people and has wine rooms and snack bars. Several film screenings have been staged in this state of the art theatre. Those who have visited the Ambani residence have also reported a huge library, lavish dining areas and marble floors. Antilia also has a Hindu prayer room or Pooja room like most Hindu households. The seating arrangement in the house resembles the lobby of a 5 star hotel. There are countless lounges throughout the building where fine rugs, chandeliers and mirrors feature heavily. The ballroom on the seventh floor is believed to be a carbon copy of the Mandarin Inn in New York.

Antilia has nine super-fast elevators, which run from its lobby to different parts of the building. Out of these nine, two lifts are dedicated for the parking area alone, which covers six floors. The lifts, which service the family’s living area at the top of the structure, do not run to the guest quarters and vice versa. There are three elevators dedicated for guests and two for the Ambani family. The remaining two elevators are service lifts, which will be used only by staff.

Hydroponics is a method of growing plants using mineral nutrient solutions, in water, without soil the need of soil. This technique can also be used to grow plants on walls and is used on the walls of Antilia. One of the gardens has a huge statue of Hindu God Vishnu made of Silver and Gold adorned with diamonds and pearls. The ice room on the 13th floor is a speciality of Antilia. This room has been created to create the feeling of winter and snowfall using snow guns. The snow gun freezes water just before freezing point and converts the water into soft snow rather than ice. Then the snow gun throws out the snow with great pressure, which creates the effect of snowfall. The floors of Antilia have been divided as follows:

If all that wasn't enough, the Antilia also has a ballroom. That is right, an actual ballroom which contains several crystal chandelier that adds up the look of a Disney movie and cover up 80% of the ceiling and leaving ‘only’ a 20% exposed and unadorned. These balls would only serve vegetarian food and no alcohol, though - with the Ambani’s being complete vegetarians and teetotallers. Here is a fun fact: The building is named after the mythical Island Antil, which is also called The Isle of Seven Cities. The tale of this island originates from an old Liberian legend in which bishops fleeing from the Muslim conquest of Hispania escaped to an island and created seven settlements there. There is not much to the Island and no one knows why the extravagant billionaire chose this name for his posh home. But that’s thing, no one questions what billionaires do, right?

Mukesh Ambani and family initially shared a home with his mother and brother’s family but when Mukesh’s father suddenly died of stroke, he decided to put a show of extravagancy in Mumbai, and moved out when the construction of Antilia was completed.

It would be fair to assume that the design of the house is symbolic or at least on purpose. The incredible structure was meticulously crafted with Hindi influence and generously laced with religious symbolism. Within the 27 stories, there are 6 sections of the house that are meant to reflect Earth, Water, Fire, Air, Sound and Light. These elements were placed from bottom to top in that same order. These were placed as to mimic the ascension to enlightenment. Throughout the mansion, there are two motifs, the Sun and the Lotus. These symbols are meant to represent the rebirth in Hindu religion. The materials used to make these themes include marble, crystal, and mother of pearl.

This extravagancy has caused him some trouble but he doesn’t seem to mind it. Mumbai, being the city which contains the most expensive home, also is resident to the largest slum in the whole world. But as I mentioned before, Ambani doesn’t seem to mind the criticism that he faces, and if he billionaires can’t show off their wealth, then who can? Other than his extravagant house, several years back, he bought his wife an airbus that cost him $60 million. He had the passenger jumbo jet refurnished with a living room, a bedroom, a sky bar, a satellite TV and a spa. As compared to other billionaire families, the Ambani family only owns that one house and not several around the world, but that one is one captivating magic.

The Ambanis do not stand for repetition. Every floor is unique. While the motifs of the sun and the lotus are consistent through the structure, no two floors in the Antilia are said to be alike - whether in design or in materials used. Turns out the only thing the mansion does not have room for is repetition.

Overall, Mukesh Ambani’s house is nothing less than Disney World other than it being private and only housing 5 family members rather than the millions that come to Disney World every day. Its’ extravagances are never ending and infinite. From helipads to spas, the Antilia contains it all. And we cannot tell you EVERYTHING about Antilia because it would take us a lifetime(grin).