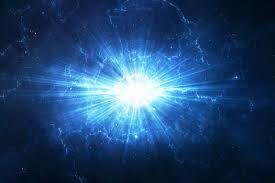 What is brightness? How do we measure brightness? Brightness is described as the amount of light emitted by an object. The brightest object is that which has the most lumens, the unit we use to measure brightness. The least bright object is the one which does not emit light from it. So we here at The Superlative have researched and handpicked the brightest objects for you. So let’s begin!

A species of firefly known as the Pyralis firefly is abundantly found in the US. At night time, the end of these amazing creatures starts to glow. The color is a bright yellow-green color. The color is similar to the color of Yellow pads but more greenish. The fireflies themselves can control this glowing effect. The lumen of a single firefly is 1/40 of candlelight. They use this light to their benefit and attract mates. They emit about 0.0006 lumens of light from their backs

This flying insect is tiny and is about 2 centimeter long. Most of them are black and have the same features as most of the other insects, for example hard exoskeleton, and six jointed legs. They are carnivores and eat other insects (including other fireflies), insect larvae, and snails.

A candle light can be seen by a human being from more than 25 kilometers. It gives up more than 12.5 lumens. It is 40 times brighter than the light of a firefly. Normal candlelight can be enhanced using a great technique. You can place mirrors all around the candle. This will definitely increase the burning time and the lumens due to the mirroring of light. A 12 ounce candle has a burning time of 60 to 84 hours depending on the wax quality and fuel. This technique can increase it to more than a hundred.

The unit Candela (cd) is also derived from a candle light lumens. 1 candela is equal to the amount of luminous intensity of a common candle. This unit has been used

since the 1860s in Britain. However it is obsolete now and is not included in the Standard International units.

Cree 60! Equivalent Soft White A19 Dimmable LED Light is a light bulb produced by the Cree Company. It weighs around 3.5 ounces and consumes about 9.5 watts. It produces a good number of 815 lumens for the user. It has a very long and quality life. It lasts more than 25,000 hours. That is equivalent to more than 22 years! It even has a dimming mode in which you can dim the light for your personal comfort. This bulb is 65.2 times brighter than the candlelight and it definitely has a much longer period of burning time.

The Spyder 3 is the world’s most powerful and brightest handheld laser that you can legally own and it is created in such a way that it is completely portable. It is so powerful that it is usually not used as a laser, but rather used as a weapon. It can build fire, and if you point it towards a human, it can literally burn his/her skin. You can buy safety glasses with it for free, and it would be great if you did that because it is really deadly. It can blind you if you see directly towards it. It has a functional power supply of 35,000 megawatt.

In the fifth episode of ‘Overtime’, Dude Perfect used this laser to demonstrate how powerful it was and how capable it was, they busted balloons, lit the matches, and it did all. All the dudes rated it the best of all objects. This clearly shows that this laser is a near magical object and perfect for the military too.

Luxor Sky beam is the brightest light found on the planet Earth on the land. It is present in the Las Vegas Strip Area. It shines exactly vertical from the 39 xenon lamps on top of the Luxor Hotel and Casino in Las Vegas. It gives a light of a staggering 42.3 billion candela or to be more precise 33661270464 lumens. It has been

beaming into the sky since 1993. If the weather is not cloudy, it can be spotted from 275 miles away by an aircraft.

Its light is 2 times brighter than the light of the sun! A single lamp of it costs more than $1200. And as previously mentioned, there are 39 of them. So this adds up to the cost $46800 just for the installation. Well it’s worth it and produces the brightest light on Earth. What else do you want?

The Sun of our solar system, which brings us heat, and is vital for our lives. Without it, nothing would be able to survive and the whole planet would be a barren land without anything existing. This sun is also very bright and provides us with heat from a distance of 151.2 million kilometres. Even if it is so far, you should never look directly at its disc or you can lose your eyesight, or even worse, you can go blind. It has lumens of 98000 lumens per meter. A total lumen of 380,000,000,000,000,000,000,000,000,000. WOW!

Now that we are upgrading from the Earth and towards the sky, lumens is too small and it will be too hard for us to measure in lumens. So now we’ll be measuring in the unit Absolute magnitude. It is measured using this technique. If you place an object more than 30 light years away and then see its brightness. Negative numbers are very bright and positive are a little soft and dim.

Sirius, sometimes also called the Dog Star is the brightest star that can be seen by the naked eye. It has an absolute magnitude of -1.46. It is 25 more times luminous than our sun and 2 times more massive. This beast of a star can be seen from anywhere in the world. It is present in the constellation Canis Major( The Greater Dog). It is the most prominent and important star in that constellation. It has been mentioned in many religious books including Hinduism and Islam.

Some people say that life on Earth is because of supernovae. All the silver,nickel,and copper on Earth came from supernovae. However, not proved, it could still be true. The most powerful supernova ever observed by humans was first spotted in 2016. It is named SN2016aps. Average supernovae, when exploded, have 5 times the mass of our sun. But this particular supernova broke the record and at the time of its birth, its mass was at least a 100 times more than our sun.

Its flash was noticed some 3.6 billion light years away from Earth from an observatory in Hawaii. It had an absolute magnitude of more than -20 and never ever, such a large supernova explosion has been seen or observed before in the history of astronomy.

R13a1 holds three records that no other object has ever broken. It has the highest energy output. Secondly, it is the most massive star, and lastly, it is the most luminous star known to mankind. Its mass is about 265 times more larger than the mass of our sun. And R13a1 is a mind-baffling 8.6 times more luminous than the sun. It has an absolute magnitude of -12.6 whereas the sun has an absolute magnitude of 4.83.

Its color is blue and it lies at a distance of 163,000 in the leading edge of a neighbouring highly dispersed galaxy, which has many large nebulae with highly active star formation, the Large Magellanic Cloud.

Pulsars are true to their cool name. Giant neutron stars merge into each other and create a strong magnetic field between them and shoot powerful light beams in two different directions. They have the luminosity of 10 million suns. And it is so dense that a small cube of it is equal to the weight of Mount Everest. They are not present in our galaxy or in any of the neighbouring ones. Their light is so much

that people see them and think them as stars and even the closest quasar is 2.5 billion light years away.

So these were the brightest things in the world. Make sure to subscribe and like our channel. And do not forget to click the bell icon so you receive our latest notification first. Comment down below on which topic we should make the next video. Good bye!